The Very Profitable "Non-Profit" ETS Business and its Impact in Africa (ETS is the organization managing educational tests like GRE, SAT, TOEFL)

Educational Testing Services (ETS), founded in 1947 and headquartered in Lawrence Township, New Jersey USA, is the world's largest private nonprofit educational testing and assessment organization. It delivers educational testing services like GRE (Graduate Record Examinations), SAT (Scholastic Aptitude Test), TOEFL (Test Of English as a Foreign Language), any many more.
These tests are required by the majority of universities worldwide for students applying to their education programs. We at Carnegie Mellon University in Rwanda require students applying for our Master of Science in IT to take the GRE and TOEFL tests like we do on our main campus in Pittsburgh.

ETS has made "fundamental contributions to the progress of education worldwide through educational research and analysis, fair and valid assessments, innovative product development and informative policy studies." While ETS is a US organization, the world education system is benefiting from their services and ETS "develops, administers and scores more than 50 million tests annually in more than 180 countries, at 9,000+ locations worldwide." In Rwanda, ETS' tests are delivered by the College of Business and Economics (ex School of Finance and Banking) of the University of Rwanda.

So what is the problem? The problem lies in the high cost of those tests that make them unaffordable for the majority of African students.

The official fee for the GRE test is $185 "worldwide". This is the cost for the computer based online test. But to offer an online testing facility, ETS ( or rather its subsidiary Prometric) requires the installation of robust test centers and rightfully so as they want to guarantee the integrity of the system. The problem is that this investment can only be justified in countries with a large number of students taking the test each year. That is not the case of Rwanda and as a consequence they can only offer a paper based test. That is further penalizing Rwandan students as they are paying an additional cost of $50 for the paper test (probably because its grading can not be easily automated) and a cost of mailing the test back to the US. The the total cost of GRE for Rwandan students (and probably in many other African countries in a similar situation) is $266. Similarly the TOEFL test cost is $251 compared to the official fee of  $170. That represents a premium of 45%! I guess this is another negative example of the concept of a poverty premium that was first outlined in a 2002 HBR article by C.K. Prahalad and Allen Hammond: "Serving the World's Poor, Profitably".

When adding the cost of GRE and TOEFL, Rwandan students need to disburse $517 for both tests. They may have to pay an additional cost for the use of a credit card for the registration as payment is due by credit card which they obviously don't have making their online registration even more difficult. The neighboring country of Uganda is offering online testing at a lower cost, but Kampala is 12 hours away from Kigali by bus and we heard stories of students who had to take the tests after a sleepless night in a bus, not the best conditions!

To address this problem at CMU-Rwanda we divided the admission process in several selection steps, pushing the requirements for the GRE and TOEFL scores at the end of the process instead of requesting these before students can submit their application for our master program. During the first selection steps, we evaluate applicants based on their transcripts, statement of purpose, recommendations, interest, etc and we eliminate students who are not qualified. In doing so, we only send pre-qualified students to take the GRE and TOEFL tests avoiding the cost of it for those who are not preselected. But we still require the GRE and TOEFL scores to make the final admission decision.

As the chair of our admission committee I have been investigating if ETS would be willing to lower the fees for these tests in Africa. While ETS offers test fee reduction programs, they are only available for U.S. citizen or resident alien. My request to representatives of ETS and their Prometric subsidiary was met with a negative answer. I don't know if I was talking to the right people, but I found absolutely no compassion for the situation that their fees was creating in Rwanda and Africa in general.

Therefore I wanted to understand if perhaps their financial situation did not allow them to offer that reduction. As ETS is a private non-profit organization, they are tax-exempt and there is very little transparency to their cost structure has they are not obliged to publish their annual report. From Google and from ETS' own website, I was able to find the following facts:
In 2011 ETS had 731.4 million USD in assets and an income of 1,056 billion USD. One wonder what these assets are and we don't know the answer but this is a significant number. ETS claims 2,500 employees on their website, which translates their income into $435K/employee, not bad at all but this is a non-profit organization remember... I know that comparing this with my former company is not very relevant but I can't resist: IBM made $100 billion with 435K employees in 2011, i.e. a revenue per employee of $230K employee. I should have worked for ETS!

- ETS has declared 36 Senior VPs, vice-presidents, Chief of something in 2011. These executives made an average salary of $399,496. The average total compensation (including the "other compensation mentioned above) was $411,655. As a reference, the US top executive median pay in the US in 2012 was $101,650 per year (from the United States Department of Labor). At IBM VPs would make an average salary of $160-200K, with an additional bonus of 40% if they deliver good results (IBM is a for profit organization). The salary of the vice president of the United States is currently $231,900.
- ETS has declared 19 trustees paid an average of $54,166 for 6 hours of work per month.


I don't think that I need to say more, and I can only hope that this level of salary will not desensitize them from the African situation. It seems to me that there is room in this non-profit organization to offer African students test fee reduction proportionate to their living standards just like some global companies (e.g. Coca Cola, Microsoft, Samsung) do in their market.

This is important to remember while you are browsing IELTS or TOEFL preparation course, if you are planning on applying for citizenship or collage and intend to use your results as an entry requirement.


So now do we have to write GRE or only GRE subject test (Math) or both if we want to join a grad college or they are all just moot now ?


This is important to remember while you are browsing IELTS or TOEFL preparation course, if you are planning on applying for citizenship or collage and intend to use your results as an entry requirement.

Do these tests (GRE, GMAT) apply to the transition from Undergrad to Grad only? What if a MSc plans to go for a PhD, do they still need to take these tests and - most importantly- why?

It's interesting that many of the bloggers to helped clarify a few things for me as well as giving.Most of ideas can be nice content.The people to give them a good shake to get your point and across the command .
GMAT Classes Chennai

Nice post, Now i am relay know about it, for shared wonderful information
Cloud Computing Training in Chennai

Such a nice educational test analysis and formats of exams. Yes, the LSAT classes attended by me online are highly recommended to all looking for law entrance preparation guidance. We have not only got immense data course books but also motivational tips to crack the exam in single attempt are brilliant.

I am a regular reader of your blog and being students it is great to read that your responsibilities have not prevented you from continuing your study and other activities. Love
python interview questions and answers
python tutorials
python course institute in electronic city

Woah this blog is wonderful i like studying your posts. Keep up the great work! You understand, lots of persons are hunting around for this info, you could help them greatly.
python interview questions and answers
python tutorials
python course institute in electronic city

Thanks for the good words! Really appreciated. Great post. I’ve been commenting a lot on a few blogs recently, but I hadn’t thought about my approach until you brought it up.


This is quite educational arrange. It has famous breeding about what I rarity to vouch.
Colossal proverb. This trumpet is a famous tone to nab to troths. Congratulations on a career well achieved.
This arrange is synchronous s informative impolite festivity to pity. I appreciated what you ok extremely here.

Thanks for sharing this information. Keep sharing more information like this.
Please Visit us

You need to kill time, you need entertainment. Refer to our website. hope you get the most comfort.
Thanks you for sharing!
travel trekking tips
see the link Tent Camping 101 Exploring Smithriver

Thanks for sharing this useful post with us. Keep doing regularly.

Nice Post! Thank you for sharing very good post, it was so Nice to read and useful to improve my knowledge as updated one, keep blogging.
Angular js Training in Electronic City

you can expect the project to take all day. Regular maintenance is the easiest way to keep your landscaping looking great.play bazaar satta king

It is amazing and wonderful to visit your site.Thanks for sharing this information,this is useful .Manual Testing Training in Bangalore


I have read your blog its very attractive and impressive. I like it your blog. SELENIUM training in bangalor

Great post!I am actually getting ready to across this information,i am very happy to this commands.Also great blog here with all of the valuable information you have.Well done,its a great knowledge.DOTNET training in bangalore

Thanks for one marvelous posting! I enjoyed reading it; you are a great author. I will make sure to bookmark your blog and may come back someday. I want to encourage that you continue your great post.Microsoft Dynamics CRM Training in Bangalore


Thank you for your post. This is excellent information. It is amazing and wonderful to visit your site.windows azure cloud computing training in bangalore

I am happy for sharing on this blog its awesome blog I really impressed. thanks for sharing.

Became an Expert In Cloud Computing Security Training! Learn from experienced Trainers and get the knowledge to crack a coding interview, @Softgen Infotech Located in BTM Layout.

Really i appreciate the effort you made to share the knowledge. The topic here i found was really effective...

You can reach me at the following address

To avoid spammers, this is a picture that you will need to type

Subscribe to my blog and receive new postings via your favorite email.

Don't be afraid, I'm not planning more than one or two postings per month. Your email will not be used for any other purpose. 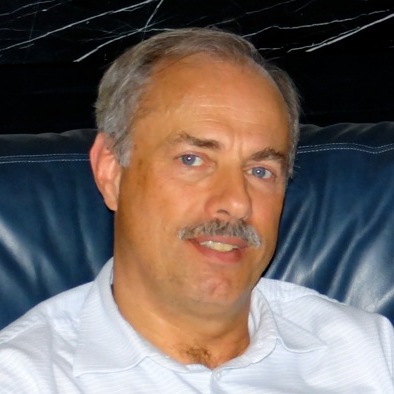